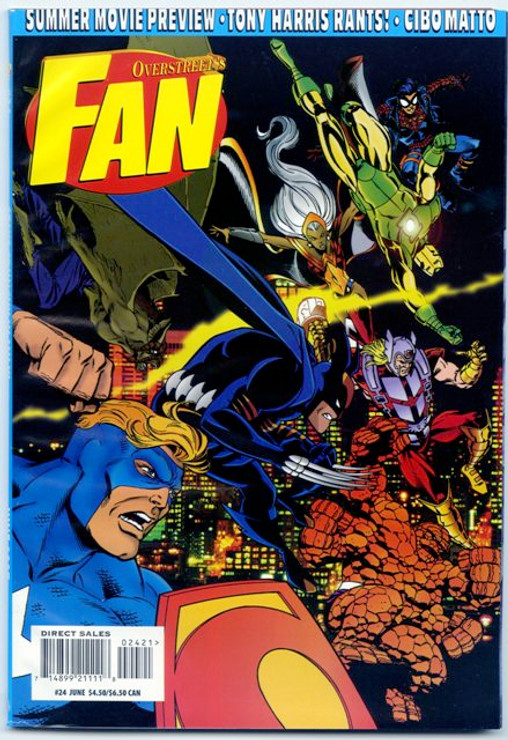 The final issue of Overstreet's FAN features Marvel and DC teaming up under an Amalgam Comics cover by Tom Grummet & Karl Kesel.

Among the diverse features jam-packed into our too-bad-so-sad last issue, Overstreet’ FAN #24, cover-dated June 1997, are a preview of the Spawn HBO series, the future of MAD magazine, comic industry prank phone calls, a Who’s Who of the Amalgam universe characters, hidden gems of 1970s comics, a FAN checklist and cover gallery, and a “What if…?” trip to an alternate universe where FAN continued its run.