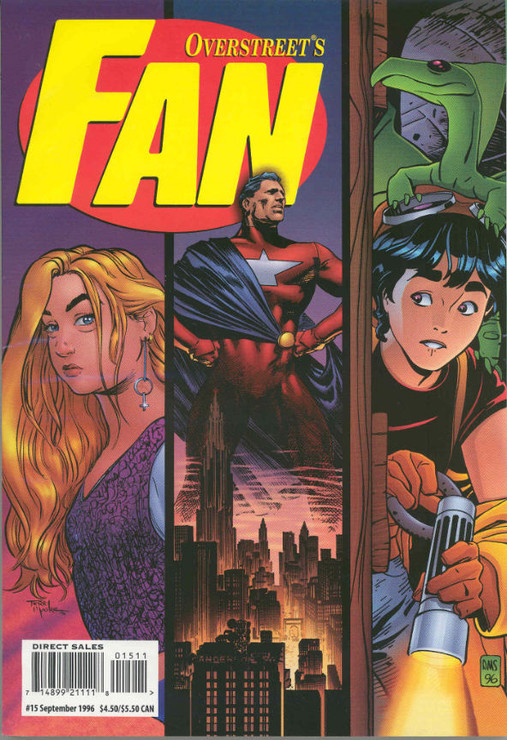 Wildstorm Productions’ creator-owned imprint Homage Comics gets the spotlight in Overstreet’s FAN #15 as Kurt Busiek and Brent Anderson talk about Astro City, James Robinson and Paul Smith discuss Leave it to Chance, and Terry Moore opens up about Strangers in Paradise. This issue also includes a preview of Detective Comics #700, a profile of Humberto Ramos, a trip behind the scenes at Antarctic Press, an interview with The Phantom’s Billy Zane, a conversation with Space Ghost, and the usual columns, market reports, pricing updates and more. In the polybag with this issue is an “ashcan” of the comic featuring the wrestling star Warrior.