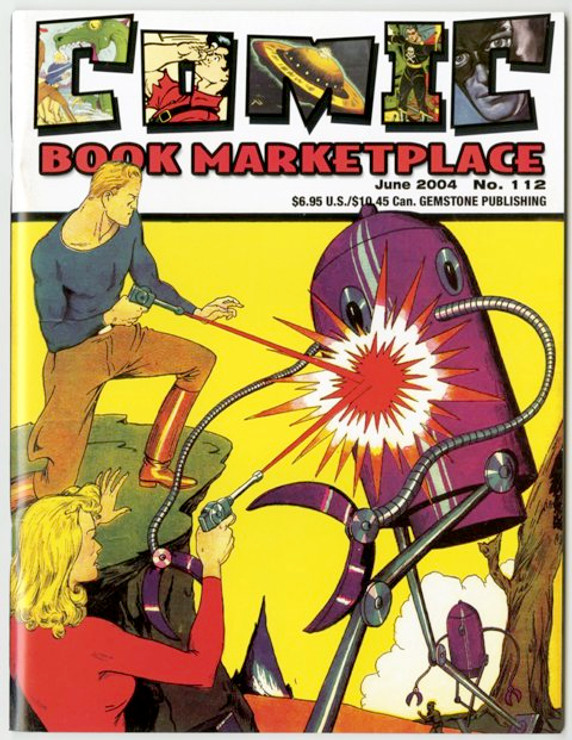 Note: Incorrect issue number was printed on the cover, though it is correct in the indicia and on the contents page. The cover date is correct.

Featured articles include: “The Earth vs. The Flying Saucers” and “The Pulp Creation”, both by Will Murray, “The Ghost of Al Capp” by Chris Boyko, “George Pratt” by Dan Johnson, as well as a 16 page full color gallery of classic Alien invasion and Nedor covers and art and much more. Regular columns include: Nolan’s Notebook (Cosmo, The Merry Martian) by Michelle Nolan, The Naiman Report, CBM MarketWatch and Reports by Michael Naiman, The Greatest Comic Book Ever! by Mark Squirek and more!