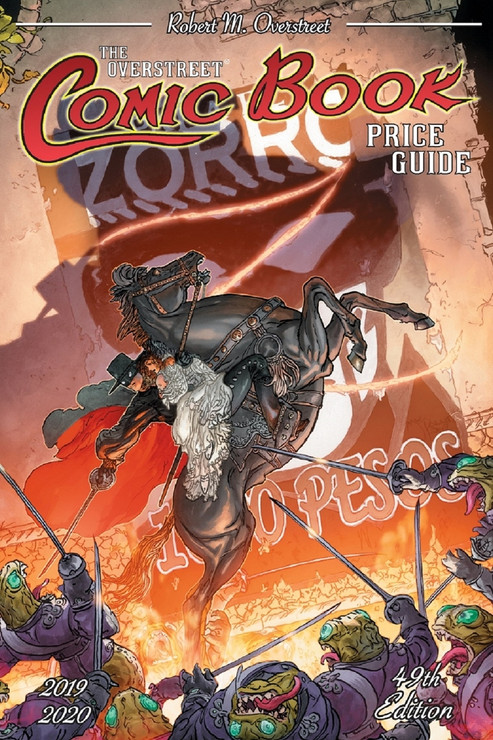 Batman’s 80th anniversary, Zorro’s 100th anniversary from Toth and McGregor, and a remembrance of Stan Lee are included in the highlights of The Overstreet Comic Book Price Guide #49 as the Bible of serious comic book collectors, dealers and historians returns with its newest edition! The Guide has been your source for new prices, new feature articles, new additions to the Overstreet Hall of Fame, new market reports and more. Legendary superstar artist Michael William Kaluta (The Shadow) turns his attention to the 100th anniversary of Zorro for this year’s Hall of Fame cover.

This edition features all the same contents as the standard editions (which feature great covers by Tony McDaniel and Diego Galindo).

The Hall of Fame Edition is a limited print run, so be sure to order early before it sells out!