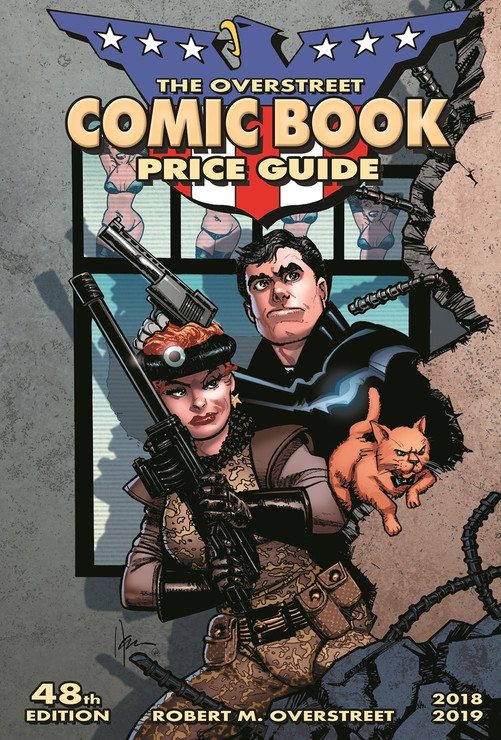 This year’s limited edition Hall of Fame edition of The Overstreet Comic Book Price Guide celebrates the 35th anniversary of the ground-breaking American Flagg! Also in the spotlight: Marvel’s critical 1968 expansion and the 50th anniversary of Planet of the Apes, and former DC President and Publisher Paul Levitz looks at the history of Action Comics as the Bible of serious comic book collectors, dealers and historians returns with its newest edition! It includes new feature articles, new additions to the Overstreet Hall of Fame, new market reports and more.

This third annual “Overstreet Hall of Fame Edition" pays tribute to the legendary artist Howard Chaykin. The master artist turns his attention to his iconic creation American Flagg with this special cover.

This edition features all the same contents as the standard editions (which feature great covers by Ethan Van Sciver and Ryan Sook).

The Hall of Fame Edition is a limited print run, so be sure to order early before it sells out!