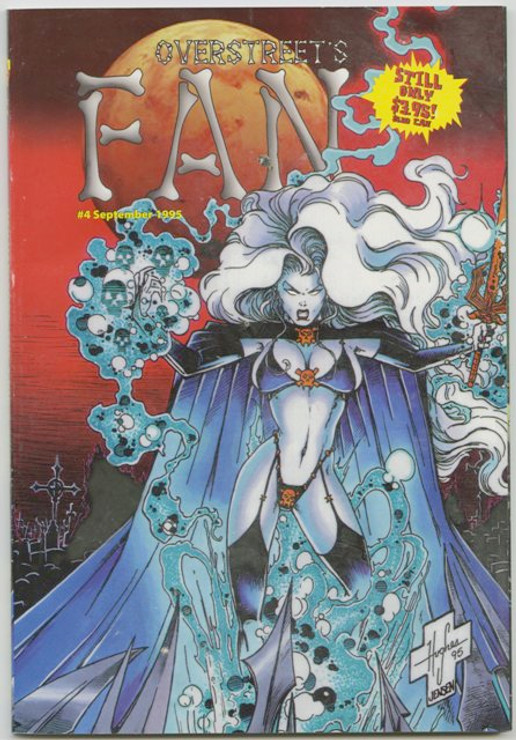 In addition to an early look at Kurt Busiek’s Astro City, Overstreet’s FAN #4 featured the wide launch of Tekno•Comix with interviews with Mickey Spillane and Max Allan Collins about Mike Danger, George Perez on I-Bots, novelist John Jakes on Mullkon Empire, and the creators behind Tekno’s Neil Gaiman-created titles. This issue also includes a profile of director Kevin Smith, an interview with The Tick’s creator Ben Edlund, the inside scoop on Malibu Comics, an interview with writer Mark Waid, an interview with writer-producer Paul Dini, and a look at Conan vs. Rune by artist Barry Windsor-Smith, plus market reports, pricing updates and more.

The Lady Death variant cover was produced in a 1:4 ratio with the standard cover.

MSRP:
Now: $10.00
From the pages of David Mack’s award-winning indy comic, Kabuki , the rare Kabuki Fan Edition #1 was offered via a mail-in program in conjunction with the magazine Overstreet’s FAN...

MSRP:
Now: $5.00
Brian Pullido’s Lady Death stars in “All Hallows Evil,” a special story exclusive to this FAN Edition comic published in 1997 as a mail-in offer from the magazine Overstreet’s...