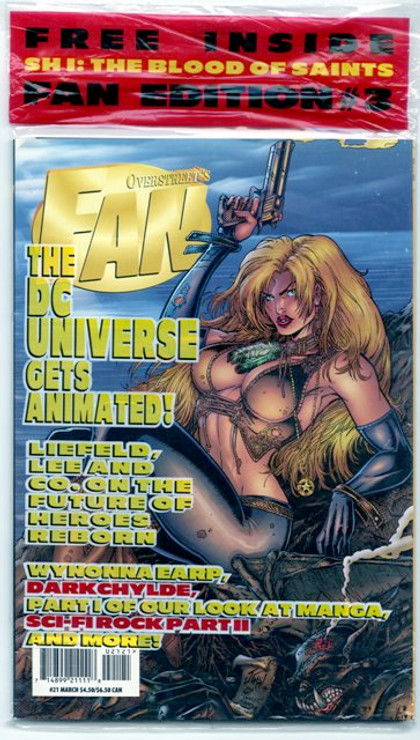 Wynonna Earp, then published by Image Comics, made her first cover appearance on this issue of Overstreet's FAN. She would, of course, go on to be the title character in a TV series from IDW Entertainment and SyFy.