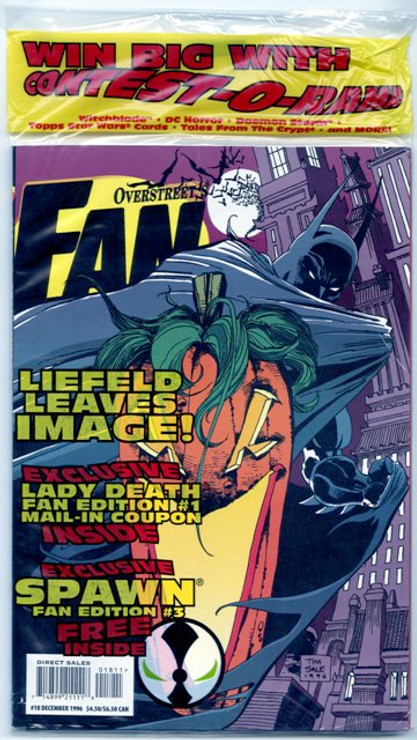 Jamie Delano’s take on Shadowman, a company profile on Brian Pulido’s Chaos! Comics, Jeph Loeb and Tim Sale open up about Batman: The Long Halloween, Michael Dorn talks Trek ahead of Star Trek: First Contact, Alan McElroy writes the Spawn animated series for HBO, and “The Hildebrandts Strike Back” with the Shadows of the Empire trading card set… All this and more in Overstreet’s FAN #18, the December 1996 cover-dated issue.