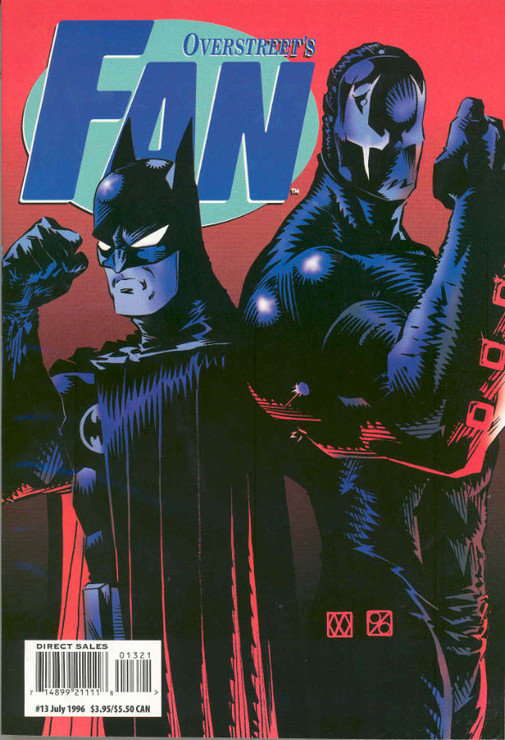 Lucky Overstreet’s FAN #13 includes a preview of the Medieval Spawn - Witchblade crossover, a look at DC’s Books of Magic in a John Ney Rieber interview, a preview of Batman - Grendel II, and a behind the scenes look at Broadway Comics’ Knights on Broadway with Jim Shooter and Joseph A. James. Additionally, Mike Mignola talks Hellboy, our view of Onslaught-mania includes Bob Harras, Scott Lobdell, Mark Waid,  Jeph Loeb, and Onslaught’s impact on the Marvel Universe. The cartoon Freakazoid gets the spotlight and the Andrew Vachss short story “Mad Dog” features his popular character, Cross. All this, the usual columns, market reports, pricing updates and more.

The Batman–Grendel variant was produced in a 4:1 ratio with the standard cover.