Hippolyta is the Amazon queen of Themyscira and Wonder Woman’s mother – impressive distinctions, but at one point she was also Wonder Woman. Since she has superstrength, speed, and stamina, she is highly intelligent, a skilled fighter, and is an immortal, Hippolyta was well suited to the role. 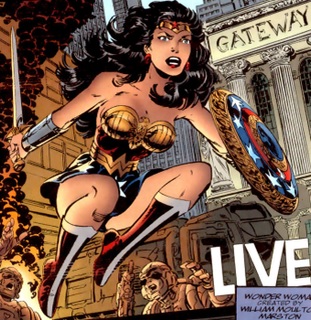 Created by William Moulton Marston and Harry G. Peter, Hippolyta was introduced in All Star Comics #8 (December 1941-January 1942) along with Wonder Woman and the Amazons. In that first story Hippolyta (then stylized as Hippolyte) was tricked by Hercules, resulting in a loss of strength for all Amazons. Eventually their matron goddess Aphrodite forgave them and returned their strength, but they had to leave our world and relocate to Paradise Island.

In Wonder Woman Vol. 2 during the Modern Age, Hippolyta had a vision of Wonder Woman’s death. To protect her daughter, she created a plan to transfer the title of Themyscira’s Champion from Diana and into another Amazon through a tournament. When Artemis appeared to be the likely winner, Hippolyta secretly had Magala the mystic transfer half the power the gods gave Diana to Artemis. She also manipulated the contest by putting more obstacles in Diana’s way to keep her from winning. Artemis won the contest to become the new Wonder Woman. Diana confronted her mother about the tournament and when Hippolyta confessed why she held it, Diana was furious that her mother would send another Amazon to her death.

As prophesied, Artemis was killed in a battle and the mantle of Wonder Woman returned to Diana. Depressed because of her part in Artemis’ death, Hippolyta gave command of the Amazons to General Philippus and went into exile. She set out on an aimless journey at sea, landing in Louisiana where she met a psychic named Angela who told her that Diana was in danger. Hippolyta rushed to find Diana, but she was too late to help, and Diana was killed by the demon Neron. Hippolyta was named Wonder Woman as a punishment for the deaths of Artemis and Diana. Despite this being a punishment, she grew to appreciate being the superheroine. 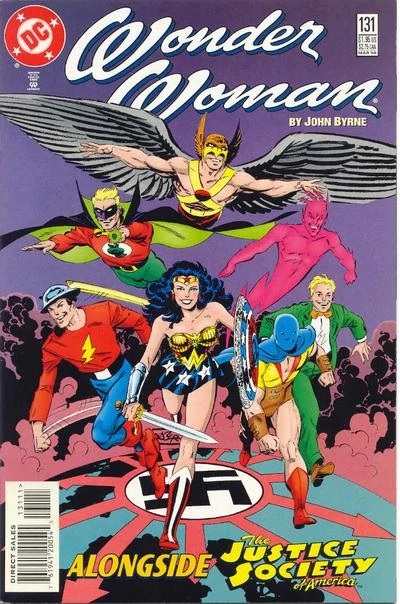 One of Hippolyta’s first adventures involved traveling back in time on a mission with Jay Garrick in the 1940s. After the situation was resolved, Hippolyta chose to stay in that time period and join the Justice Society of America. Being a part of a team stuck with Hippolyta, so upon returning to the present she joined the Justice League.

Diana had become the Goddess of Truth after her death, but decided to give up divinity to return to being Wonder Woman. Hippolyta had grown attached to her new role, so the world now had two Wonder Women. Diana wasn’t happy with the situation because she believed that Hippolyta was shirking her responsibilities as leader of Themyscira.

Hippolyta soon learned that Donna Troy was the mirror image of Diana brought to life by Themysciran sorcerers. She accepted Donna as her second daughter, held a coronation for her, and named her the second Amazon princess and heir to the throne.

Diana returned to the island and learned that the two tribes of Amazons were close to starting a civil war. When she and Donna confronted Hippolyta for not defusing the situation, she told her daughters to handle it so that she could continue being Wonder Woman.

Tensions between Hippolyta and Diana continued despite the fact that the queen was saving lives as Wonder Woman. Their problems were left unresolved when Hippolyta sacrificed herself to save Earth from Imperiex in the Our Worlds at War storyline. Hippolyta would be revived (this is comics, after all) and mother and daughter repaired their relationship. 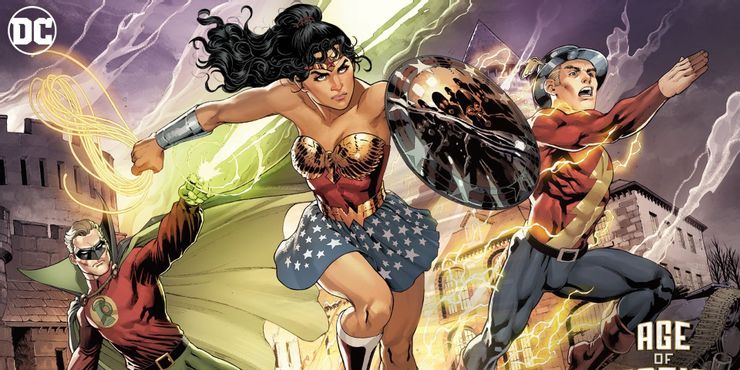