A highest graded copy of Teenage Mutant Ninja Turtles #1 CGC 9.8 sold in ComicConnect’s fixed price marketplace for a record setting $245,000. Published in 1984, the comic features the first appearance of the Turtles, Master Splinter, and the teen team’s archnemesis, Shredder. 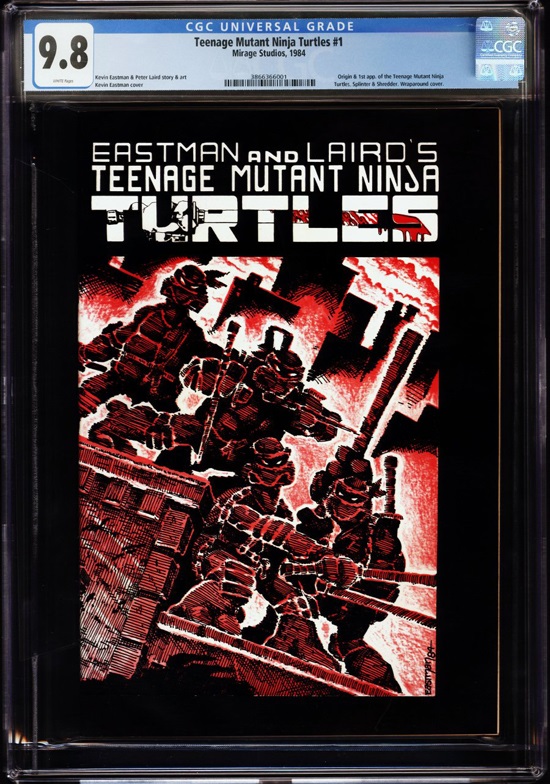 “This is the most important comic published in the last 40 years and stands as a keystone of pop culture today,” ComicConnect COO Vincent Zurzolo said. “The creators transformed what was an inside joke into a media juggernaut and merchandising machine with scores of comic titles and team-ups, movies, TV shows, spinoffs, reboots, and sequels. [Kevin] Eastman and [Peter] Laird created a property that three generations of fans have grown to love, and the turtle teens aren’t going anywhere. I fully expect this new record to be broken in a short time. And I have the clients to do just that.”

In ComicConnect’s current Event Auction, they are offering two first print copies, a CGC 9.6 as well as a CGC 9.2 that boasts Eastman and Laird signatures on the inside front cover. The auction ends Friday, September 3 at 7:45 PM ET.

Zurzolo said that ComicConnect is looking for more copies of Teenage Mutant Ninja Turtles #1. “I’d like to talk to you about any copy you have, in any grade” Zurzolo said. “Folks are lining up for this book and now is a great time to set a new record; there just aren’t enough copies to go around!”

ComicConnect Director of Consignments Rob Reynolds can be reached by calling (888) 779-7377 or emailing robr@comicconnect.com. Their next deadline is September 30.