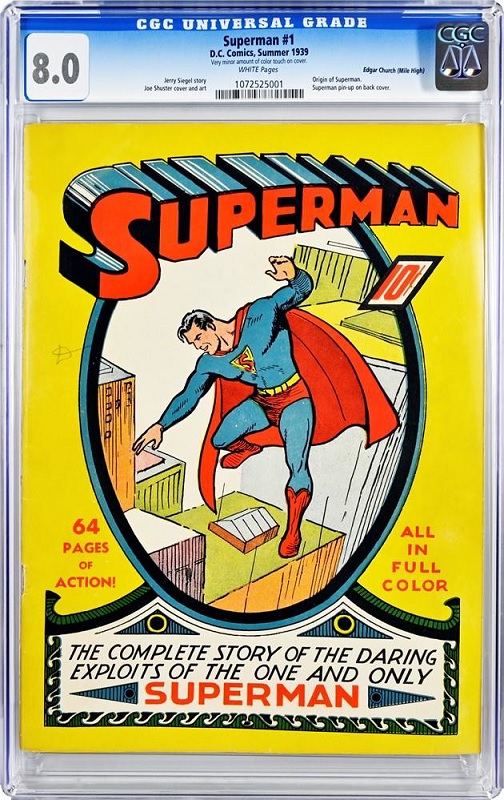 According to CGC, this sale was brokered by Tony Arnold of TonyeTrade Enterprises, which specializes in buying and selling sports cards and comics, and Canadian comic dealer Roy Delic of Vintage Comics. The seller and buyer both chose to remain anonymous.

Superman #1 marked the Man of Steel’s first self-titled issue and told his origin story, making it the superhero’s second most significant issue. It was published about a year after Superman was introduced in Action Comics #1 (June 1938).

Superman #1 now has two sales that have broken the $1 million plane, as this follows the CGC 7.0 copy that sold at auction for $2.6 million in December 2021. Including Action Comics #1, the Man of Steel now has eight sales over $1 million at auction and in private sales.