During the Silver Age of comics, Marvel introduced many of their most influential and inspiring characters. By giving their heroes flaws, fears, and insecurities, they ushered in new storytelling techniques where the heroes’ bravery was exalted by overcoming their fallibility. One such character that epitomized 1960s Marvel comic introductions was Spider-Man.

Peter Parker, the teenager who became Spider-Man, was introduced in Amazing Fantasy #15 in 1962. Just a few months later, Spidey got his own self-titled book with Amazing Spider-Man #1. That key title contains the first appearances of longtime Spider-Man costar J. Jonah Jameson and villain Chameleon, as well as the first Fantastic Four crossover and Spider-Man’s origin was retold. 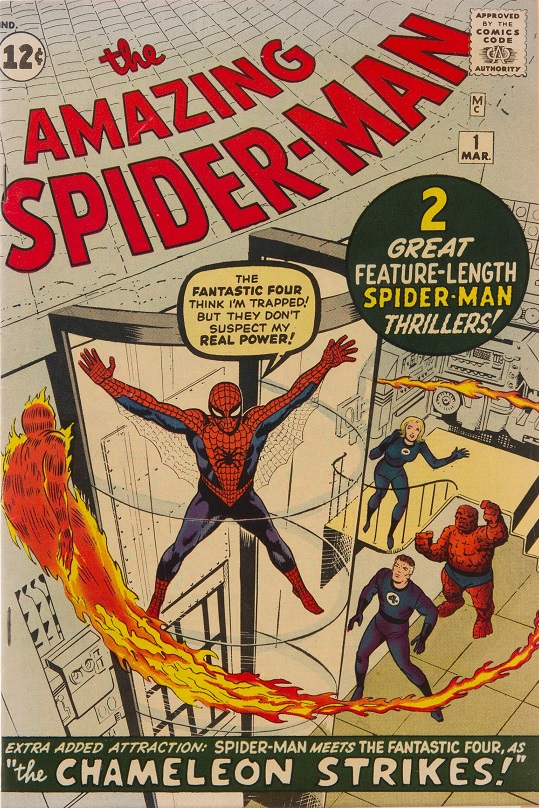 When Amazing Spider-Man #1 was published in March 1963, it carried a cover price of 12¢. Seven years later when Robert M. Overstreet wrote the first Overstreet Comic Book Price Guide, a Near Mint copy was valued at $16. For the Guide #10 in 1980, it had grown in value exponentially to $600.