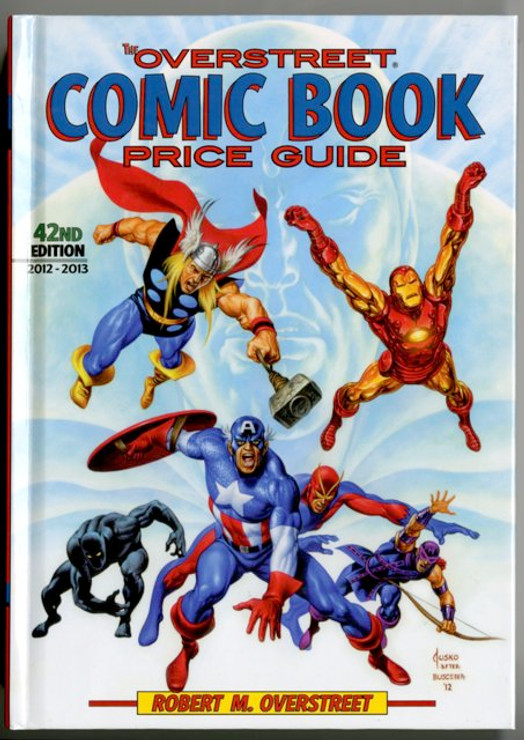 Since 1970, The Overstreet Comic Book Price Guide has been the Bible of comic book collectors and dealers alike. With updated pricing data on the approximately 300,000 comics listed spanning time from the 1500s to the present, market reports from advisors including retailers, fans and historians, and other insights, the Guide has been an annual tradition for more than four decades. In addition to the pricing and other data, this edition includes an extensive new look at Batman: Son of the Demon, the origins of Comic Book Marketplace, all new inductees for The Overstreet Hall of Fame, and more. Features a powerful recreation of John Buscema’s cover for The Avengers #58 by superstar painter Joe Jusko!

** We have an extremely limited quantity of copies signed by cover artist Joe Jusko on the first inside page.**

MSRP:
Now: $45.00
(2011)    Cover: Amanda Conner Entering its fifth decade as the preeminent source of comic book pricing information, The Overstreet Comic Book Price Guide has been the definitive guide for...