The Artistry of Amanda Conner 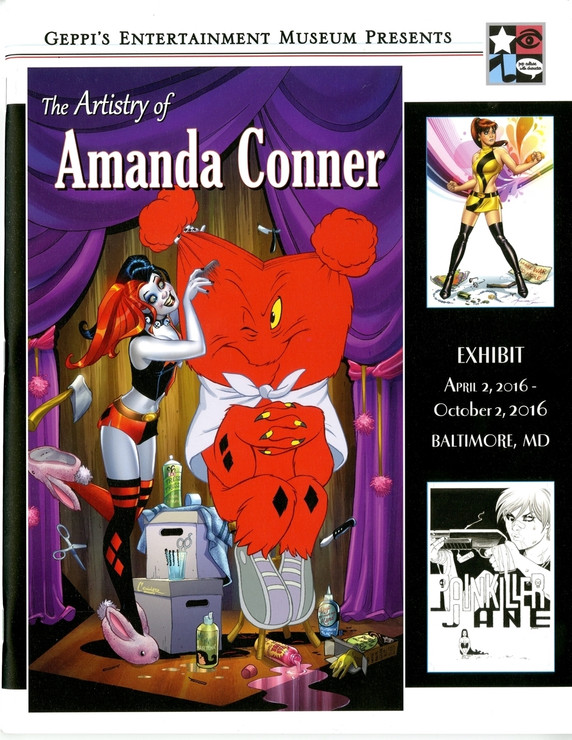 The Artistry of Amanda Conner

The Artistry of Amanda Conner is a 64-page companion piece to the eye-opening exhibit of Amanda Conner's artwork at Geppi's Entertainment Museum (GEM) that ran from April 2 through October 2, 2016.

Produced with GEM by the Overstreet team at Gemstone Publishing, the book features 50 original ink-on-paper pieces, covering the period from 1995-2016. Included are Amanda's first work on Harley Quinn, covers and interior pages from her time at DC, Marvel, BOOM!, Dynamite Entertainment, IDW, and Aftershock, as well as her original drawing featured on the hit CBS show The Big Bang Theory.

The Artistry of Amanda Conner was originally available only to visitors to the exhibit at GEM. When the museum closed and Steve Geppi donated his collection to The Library of Congress, Gemstone Publishing was able to acquire a limited number of copies of this beautifully illustrated book that spotlights the work of this popular artist.

MSRP:
Now: $155.00
(1976)      Cover: Will Eisner   The first edition of The Overstreet Comic Book Price Guide to receive bookstore distribution (at least for the soft cover version) was...