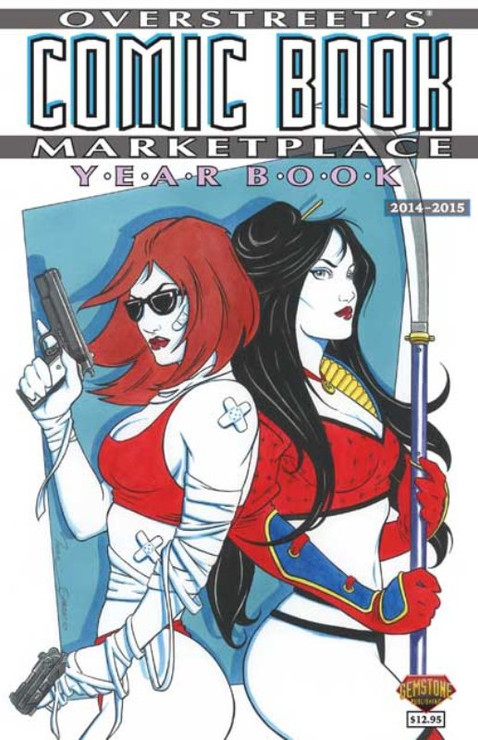 Overstreet’s Comic Book Marketplace Yearbook 2014-2015 features a special look at Batman’s 75th anniversary ranging from the first year he spent without Robin to Gotham By Gaslight and beyond. The spotlight also falls on the 60th anniversary of Simon & Kirby’s Fighting American, the 45th anniversary of Vampirella, 40th anniversary of Wolverine, the 30th anniversary of the Teenage Mutant Ninja Turtles, and the 20th anniversary of Billy Tucci’s Shi. We also take a look at collecting the rarest Valiant comics and original art, and collecting Steve Epting’s Winter Solider original art from Captain America. Jimmy Palmiotti talks about Painkiller Jane, we investigate “When Is a Crossover Not a Crossover?” and ask (and answers) “Were the ‘90s Really That Long Ago?” We also take a special, in-depth look at Chris Claremont and John Bolton’s Marada The She-Wolf, and much more. CBM Yearbook also includes market reports focused on comics and comic art. 192 full-color pages.

The History of Comic Characters: The Early Years 1840s-1940s

MSRP:
Now: $10.00
2003 An educational booklet produced by Gemstone Publishing for sister company Diamond International Galleries as an introduction to the world of vintage pop culture collectibles. Contents consist of...

The Overstreet Guide To Collecting Horror

MSRP:
Now: $20.00
2017 From movie posters to comic books, from toys to video games and beyond, The Overstreet Guide to Collecting Horror covers everything horrific and collectible! There are features on companies and...