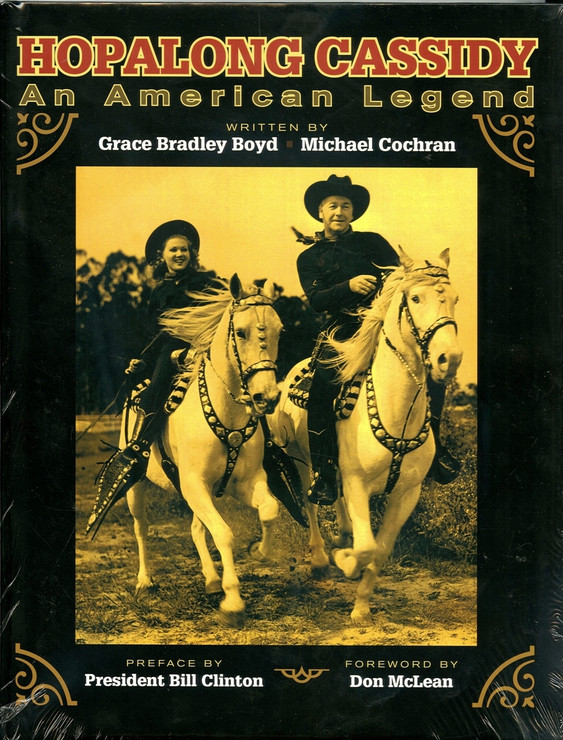 A twelve year-old girl goes to the movies in Brooklyn with her mother in 1926. The girl sees a larger-than-life image on the screen of actor William Boyd, and she falls madly in love. She writes his name in her school books. She starts collecting articles about him in movie magazines. She fantasizes that someday she will marry him. The girl is Grace Bradley.

In 1931 a talent scout from Paramount Pictures sees Grace dancing in a New York cabaret and offers her a screen test. She is immediately signed to a contract with Paramount and moves to Hollywood with her mother. She still thinks of William Boyd, but makes no attempt to contact him after she is living in Hollywood.

In 1937 her phone rings and the voice on the other end says “This is William Boyd. May I speak to Grace Bradley?” Grace is shocked and thinks someone is playing a joke on her until she hears the famous Bill Boyd laugh, then she knows it is the real thing. Three weeks later to the day, they are married.

FCBD 2018: The Overstreet Guide to Collecting

MSRP:
Now: $15.00
2015 The Overstreet Guide To Collecting Movies Posters, part of the Overstreet “How To” series, offers a fantastic overview of the exciting and entertaining hobby of movie poster...

The History of Comic Characters: The Early Years 1840s-1940s

MSRP:
Now: $10.00
2003 An educational booklet produced by Gemstone Publishing for sister company Diamond International Galleries as an introduction to the world of vintage pop culture collectibles. Contents consist of...