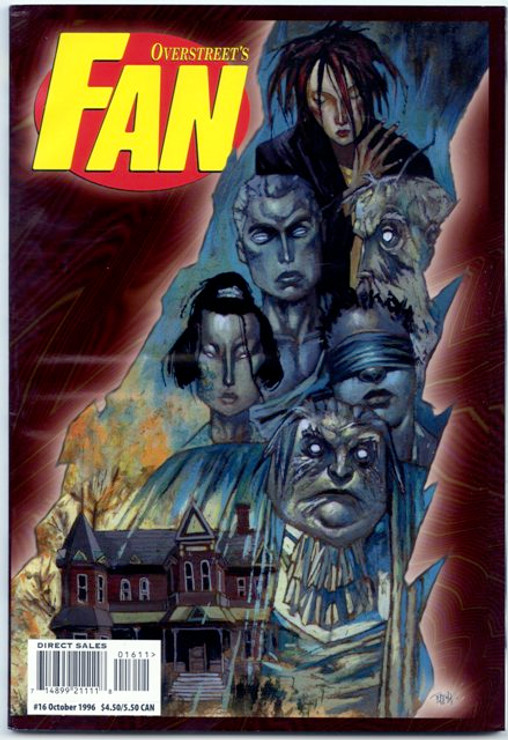 Overstreet’s FAN #16, the October 1996 cover-dated issue, features “Rob Liefeld: Rebel With a Cause,” and interview about Heroes Reborn. Also is a focus on Vertigo’s House of Secrets in interviews with Steven T. Seagle and Teddy Kristiansen interview, a look at Alan Moore's work on Supreme, an interview with Harlan Ellison, and an interview with Fabian Nicieza about his plans for Acclaim’s Valiant line. This also spotlights The Crow: City of Angels.