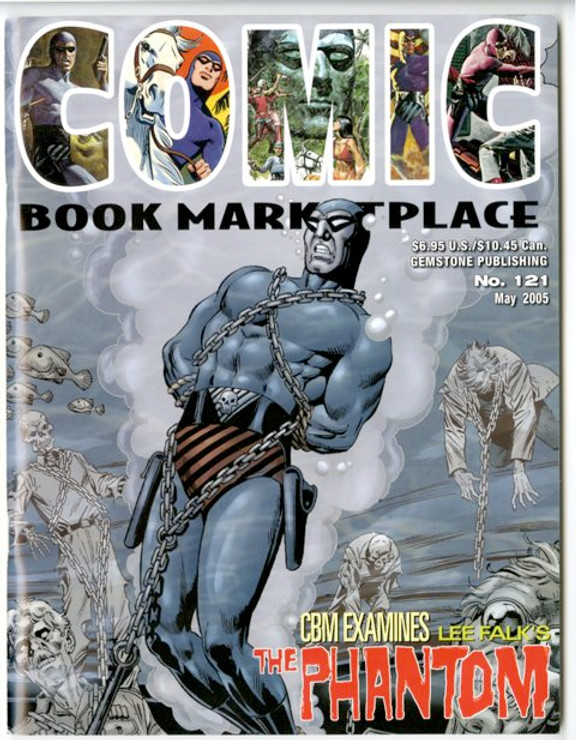 The Final Issue. The 100th issue published by Gemstone. Featured articles include: “Unmasked: ‘X’ The Phantom Fed”, a tribute to Lee Falk, and “The Fall of Captain Marvel”, all by Will Murray, John R. Stuart interviews Paul Ryan, as well as a 16 page full color gallery of The Phantom, Mandrake and Lee Falk covers and art and much more. Regular columns include: Nolan’s Notebook (The Notebook Turns 100) by Michelle Nolan, The Naiman Report, CBM MarketWatch and Reports by Michael Naiman, The Greatest Comic Book Ever! by Mark Squirek, Weird Words by Pat Calhoun, and more!